Order Sons of Italy in America 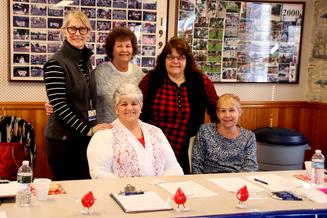 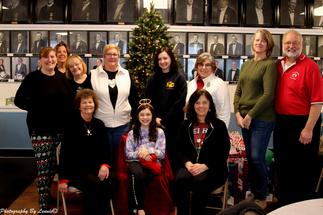 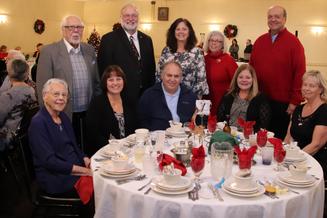 Congratulations to the new bocce champions!

Meals for First Responders and Essential Workers in Wilmington:

At its June Council Meeting via ZOOM, Michele Caira Nortonen updated the Council on her committee’s progress in delivering meals to first responders and essential workers in Wilmington. She thanked her core committee members: Janet and Kevin Engrem, Cheryl and Kevin Caira, Alicia Johnson, Julie Sbraccia-Manos, Karen Scalzi and John Romano; and gave a shout out to Brent Johnson, Laura Caira, Janelle Engrem, and Lennie Malvone, who stepped in to volunteer when needed.
On May 23rd, meals were delivered to all three nursing shifts at AdviniaCare on West Street, and a week later duplicate meals were delivered to the three shifts at CareOne on Woburn Street. The meals consisted of mini-subs prepared by Lucci’s deli, pizzas by AJ’s Kitchen, garden salad, potato chips, a variety of chocolate chip, macadamia chip and fudge chip cookies, and water.
The following week on June 3rd, meals similar to those brought to the two long term care facilities were delivered to the police. Chief Joseph Desmond, Deputy Chief Brian Pupa (a member of the Wilmington Lodge), Patrolman Scott Dunnett, Clerk Dawn Naimo, Lt. David Sugrue, and Officer Kevin Cavanaugh were on hand to gratefully accept the platters of food and thank the members of our lodge for their generosity and continued support.
On June 12th, the committee delivered platters of mini-subs and wraps prepared by Lucci’s deli and assorted goodies to the 37 employees manning Town Hall, including the Veterans Department and the Senior Center. Town Manager Jeffrey Hull and employees from his office, Treasurer’s Office, Town Clerk’s Office, Recreation Department, and Engineering Department greeted the committee at the front door and expressed their enthusiastic appreciation to lodge members for the delicious looking lunch.
Three more town departments will be treated in the coming weeks: breakfast prepared by As Good As It Gets Cafe for the Public Buildings Department, a hot lunch for the Department of Public Works, and a variety of sandwiches and wraps for the Fire Department

Congratulations to our Scholarship Recipients

The Wilmington Sons of Italy Lodge #2183 will be awarding three scholarships to undergraduate students this year all of whom reside in Wilmington.  During these unprecedented times, students who are graduating from high school have missed out on all the traditions that they have waited twelve years to enjoy, from senior trips, scholarship and sporting banquets, playing that last varsity game, to walking across the stage to receive their diploma. As much as it should be an extremely happy time for them and their parents, it is also a time of uncertainty and sadness.  Our hope is that they can look forward to the future, begin new adventures, and start a new phase in their lives.  They have all become stronger individuals and this will make them unstoppable in the future.  Congratulations!

Christian Bolanos, graduating from Wilmington High School, is being awarded the Laura Caira Award.  He is an Honor Roll student and a member

of the National Honor Society, receiving an Academic Achievement Award in Health Dynamics.  Christian volunteered at many events and organizations,

including teaching CCD, tutoring 5th grade math, and helping at the Rotary auction and road races in town.  He is also a member of the Lamplighters

Drama Guild, Rotary Interact Board, and was president of Jr. WOW and vice-president of the Animation Club.  Christian received his Eagle Scout award,

this being the highest achievement in the Boy Scouts of America.  Christian was described by his principal as “a kind and gentle person who represents

all that is good.   Christian is a superior, well rounded candidate with a strong record of achievement, both in and out of the classroom.”

He will be attending St. Anselm College this fall majoring in Forensics Science.

having played on the Wilmington girls’ varsity hockey team for four years, this year being an Alternate/Assistant Captain, helping her team make

it to the state championships.  She has also played high school lacrosse for three years, (unfortunately they were unable to play this year making

it her 4th year) and volleyball as a freshman and sophomore.  Bridget’s love for children is evident with her volunteering at Tiny Tots since

9th grade, as well as nannying for a local family and working at the CARES program. One of Bridget’s teachers described her as “a respectful

Bridget has been a valuable addition to my classroom each day.”   Bridget will be attending the University of New Hampshire in the

fall of 2020 majoring in Psychology.

Jessica has received many awards throughout her high school years, including outstanding senior of the year, gold medalist at Skills USA 2019,

and placing 4th in the country at the Certiport National Competition for Microsoft Word 2013.  She is a member of the National Honor Society

and National Technical Honor Society.  She has played high school basketball and softball for four years, cross country for two years and was

voted varsity softball captain 2020.  She was a member of the Wilmington Sons of Italy Junior Lodge upon its inception and volunteered at the

counselor described her as a “young woman who is gifted in many areas, and yet her humble and modest demeanor has surprised me.  Jessica

is gifted academically, yet she is so much more.  This young woman is one of the best our school has ever seen.”  Jessica will be attending

University of Massachusetts – Lowell majoring in Business Administration this fall.

The Wilmington Sons of Italy would like to extend congratulations to all graduating seniors of 2020.  We wish them a successful and bright future and know that they will make the best of anything that is sent their way! 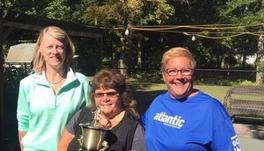 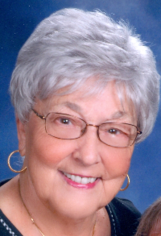 The Angelo Giuseppe Roncalli Lodge # 2183 is a local lodge,

located in Wilmington, Massachusetts, of the Order Sons of Italy in America,

the largest and oldest organization for Americans of Italian heritage.

​In Loving Memory of our Founder, Laura Caira

Your presence we miss.  Your memory we treasure.

Loving you always.  Forgetting you never!